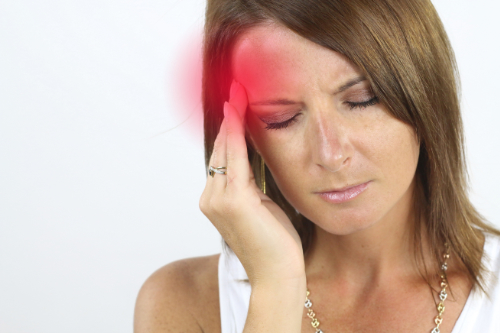 Migraines affects an estimated 38 million people, including children, in the United States alone. Worldwide, that total jumps to 1 billion. In fact, migraine ranks number three among prevalent illnesses in the world and number six among disabling illnesses. More than 90% of people who suffer from migraines are not able to function normally or work during an attack.

A migraine attack is often debilitating and extremely painful. It is also very difficult to stop once it starts. The best treatment for migraines is preventing them from every occurring. There are several methods that work for some people, but chiropractic is a popular preventative measure that many people have found to help them be migraine free.

A severe headache is the first thing people think of regarding migraines, but there are other symptoms which include:

Some migraineurs experience auras prior to an attack, usually around 20 to 60 minutes. This can give the patient time to take certain measures to stop the attack or minimize it. However, it is still a good course of action to incorporate certain activities into your lifestyle that can prevent migraines.

Doctors don’t know the exact causes of migraines, but research does indicate that there are certain triggers that can initiate an attack. Some of the more common migraine triggers include:

Some research also shows a possible serotonin component. During a migraine attack, serotonin levels drop. Serotonin is integral to regulating pain in the nervous system.

Migraine treatments are classified as either abortive or preventative. Abortive medications primarily treat symptoms, usually pain relief. They are taken once a migraine attack has already begun and are designed to stop it. Preventative medications are usually taken daily to reduce the frequency of migraines and the severity of attacks. Most of these medications can only be obtained by prescription – and many of those have unpleasant side effects.

A chiropractor will use a variety of techniques when treating migraines. Spinal manipulation of one of the most common, usually focusing on the cervical spine. By bringing the body into balance, it can relieve the pain and prevent future migraines. They may also recommend vitamin, mineral, and herbal supplements as well as lifestyle changes which usually involved eliminating triggers.

One migraine study found that 72% of sufferers benefitted from chiropractic treatment with either noticeable or substantial improvement. This is proof that chiropractic is an effective treatment for relieving pain and preventing migraines.